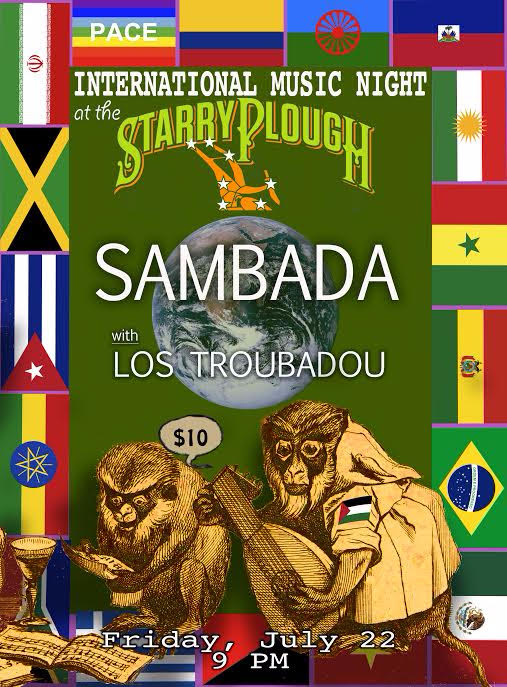 SambaDá is happy to be playing at The Starry Plough, a full service restaurant, pub and nightclub that has been a staple of the East Bay scene since 1973.

SambaDá is excited to be playing some new songs with their super dancable blend of Samba-Afro-Brazilian-Reggage-Funk beats.  Opening band Los Troubadoux will be playing traditional covers and original
songs in French, Spanish, English, Portuguese and Italian !!!! Save the date and bring your dancing shoes !!! Support Local Artists and live music !