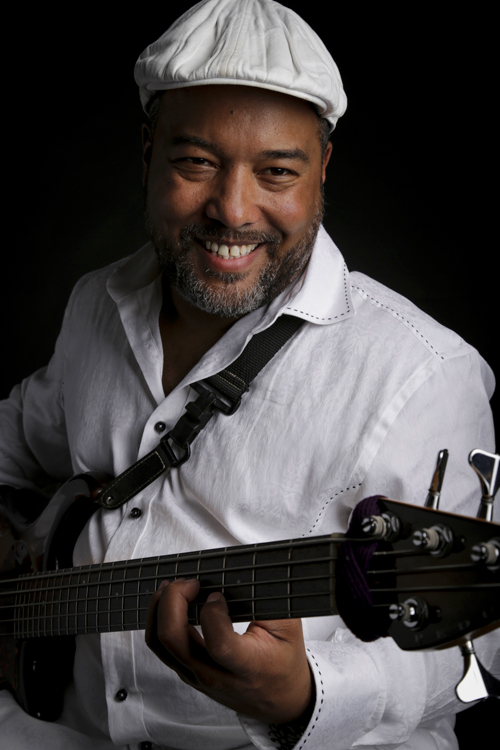 Etienne David Franc, also known as KostarOne and roKsta OrKestra has been performing locally and Internationally for the past 20 years, as, bassist, guitarist, singer and Rapper. He is bassist for L.A based Check in the Dark, and with Check in the Dark, has collaborated, both writing, recording and touring with Screen and Television Actress/ Singer- Songwriter Leighton Meester (Gossip Girl, WB Network, Country Strong -SONY Pictures). He was Touring Bassist with X-Factor finalist and EPIC recording artist Chris Rene appearing on the Ellen Degeneres Show among other venues.

He Is Bassist, guitarist and music director for Gina Rene who can be heard on The soundtracks for Mean Girls starring Lindsay Lohan (Paramount Pictures) and Step Up starring Channing Tatum ( Touchstone Pictures.He has toured and recorded with major label acts Soulstice (Dreamworks/ OM), O.P.M. (Atlantic) and Aimee Allen (Elektra). In Los Angeles he was bassist for Adam Roth and Benny Strange and was in house musician for producer Gabriel Rene, appearing on Gina Rene’s “U Must B” which can be found on the Motion Picture soundtrack for Step Up (Summit/Touchstone Picture) and recorded both Bass and Guitars on Rene’s remix of “Footsteps in the Dark”, which appeared on the Isley Bros. remix album “Taken to the Next Level”,an album that also featured artists ?uest Love and Mos Def to name a few. As an MC/Rapper he performed with Bay Area acts New Sun Born and Mandala and has been invited on stage to perform with D.J. Logic.

As Etienne David he has been debuting his collection of Rock & Soul music that has been in development over the entire course of his 20+ year career has a musician/performer, and in that same time, under various monikers (Mocean of the Illians, Roksta) has been developing and honing his Hip Hop/ EDM/ Electronica production skills on Logic and Abelton, and Native Instrument’s Maschine and Traktor DJ. Look out for a release sometime in 2014 . He currently plays bass on stage and in the studio for Check in the Dark, SambaDa, Girish, Pure Roots, Innerlight Ministries, Valerie Joi Fiddemont, Victory Sweet, Rusty Zinn and Steven Graves.and has played bass for Chris Rene, Brian Jordan, Donna DeLory, Marti Walker, Adam Roth, Danjuma & Onola, Charles Holt, Grammy nominated DJ/Producer Andy Caldwell and freelances regularly on stage and in the studio.